If you are one who plays games on your computer or mobile phone, you may have experienced advertisements covering your device’s entire screen. You might have felt helpless not to be able to skip until the advertisement is halfway through. Do you know what these advertisements are and why there are placed on your devices? This article will help you understand what those ads are.

Interstitial advertisements are significant ad forms that cover the website’s interface. These advertisements occupy the screen on a mobile device, and on a desktop, they float above a webpage.

Banner advertisements are image-based rectangular graphic displays that take up space in an app’s layout and are typically located at the top or bottom of the device screen. These advertisements are common formats for website advertising and are mostly not text-based.

An ad that appears in a pop-up window whenever a user comes into contact with a website or app is known as a pop-up. This advertisement appears in a new browser tab over the visitor’s page. Although these advertisements are among the most common online advertising strategies, average web users dislike them, and several products and techniques are available to disable them.

Interstitials, a cross between standard banner advertising and pop advertisements, are often more engaging for consumers because they don’t open in a new browser window but not being quite as obnoxious as the original popup ads. They have some of the greatest CTRs (click-through rates) for any banner advertisement. It’s not uncommon to see an ad CTR of 5% or more, which is unheard of in the digital advertising sector (typical banner and display ad CTRs are 1% or below). Although most frequently referred to as vignette advertising, interstitial ads have even been implemented by Google AdSense for their publishers.

Let’s examine the factors that make interstitial ad formats so well-liked by publishers.

Interstitial advertisements are perfect for generating an engaging user experience due to their large size, interactive nature, and animated content. They have a higher viewability rate than banner ads, which is a result of their prominence. Full-screen advertisements increase user engagement because they are difficult to ignore. This impact results in the various benefits of the format, which marketers desire.

All major ad platforms like Google Ads and AdMob demand interstitial ads, making it one of the most well-liked ad formats in the programmatic advertising sector. Publishers can reduce “banner blindness” by integrating interstitial advertising into their websites’ total ad diversity.

Interstitials are a fantastic ad type at this point. However, there are several very important limitations. Here are two common limitations to ads of this kind.

Publishers should also bear in mind that implementing interstitial advertising must be done extremely carefully and with consideration for all of Google’s standards and recommendations. There are several best practices to adhere to if you decide to install interstitial advertising, even though their use depends on the publisher’s beliefs regarding the significance of user experience, user retention, and revenue goals. These can help you avoid receiving fines or alienating your users.

Nevertheless, interstitial advertisements are a fantastic opportunity for mobile games and apps to market and advertise themselves or, alternatively, to monetize by hosting them. If done properly, it is one of the most effective forms of advertising and frequently produces excellent outcomes. They are highly viewable and have a big impact on user experience. If you continue to provide a positive user experience for your audience, they might contribute a sizable portion of your earnings. 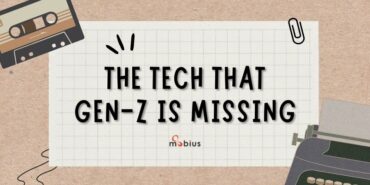 The tech that Gen-Z is missing 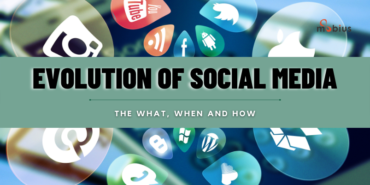