Recently, I spoke to a very close friend of mine – Sarah. She said she often found herself working at odd hours in her team, pulling all-nighters so she could feel like her work was worth something. She felt like she was not doing enough and was not as qualified as her peers. She imagined herself as an ‘imposter’ trying to fit in, and that really took a toll on her.

Sarah’s manager seemed to have caught on to it. The manager told my friend that she had nothing to worry about and asked if there was anything the organization could do to help her. All she needed was that assurance and support. Ever since, Sarah seemed to feel more comfortable and certainly more confident in her abilities.

Now, maybe Sarah got lucky with her manager. However, ‘luck’ is something that comes once in a lifetime, maybe twice, but not always. Imposter Syndrome is a psychological phenomenon in which a person believes that they don’t deserve their job despite all of their achievements in the workplace and are afraid of failing. If I were to picturize Imposter Syndrome, this would be it:

Impostor syndrome manifests itself as widespread self-doubt, insecurity, and the unwavering assumption that an individual’s accomplishments and triumphs result from chance rather than intrinsic or taught qualities and knowledge. People suffering from imposter syndrome are frequently afraid of being exposed as phony. They think that all of their accomplishments have been driven completely by external sources.

Imagine this: you’re giving everything you’ve got, beating yourself up for minor mistakes, and feeling like you’re deceiving people – you essentially feel like a fraud. Under pressure, you may fold rather than attempt to discover answers because you don’t know how to manage your thoughts.

Now, imagine this: you are convinced that your colleagues have it all together, but you don’t, and you can’t accept praise because you never believe your work is good enough, even when everyone says you’re doing well. It can have a detrimental influence on your career since it can lead to procrastination – you end up deferring tasks out of worry of not being able to complete them up to the mark. A feeling of wanting never-ending improvements ensues.

Alternatively, you might over-produce or over-prepare – spend more time on a task than what is required – to demonstrate your competence, leading to fatigue. It gets counterproductive. You realize this can have a negative impact on your productivity, job, relationships, and even your health, right?

It’s easy to feel inept in today’s fast-paced professions when there’s always something new to learn or a new skill set to perfect. In addition, digital technologies and social media make it only easier than ever to compare our achievements to those of others, continuing a cycle of self-doubt. What’s worth noting is that about 9%-82% of people will encounter Imposter Syndrome at some point in their careers, according to Medical News Today.

Such ‘imposters’ are of five kinds, according to experts (Courtesy: Dr. Valerie Young):

When completing a task, the expert will not be content until they believe they have learned everything there is to know about the subject. It might be challenging to finish jobs and projects when too much time is spent looking for information.

These experts should acknowledge that there is no such thing as a limit to knowledge. So, rather than constantly acquiring additional knowledge or skills, they must strive to acquire them just when it is required.

The perfectionists have a lot of anxiety, uncertainty, and concern, especially when they set themselves impossible goals that they can’t attain. Rather than celebrating their accomplishments, a perfectionist would focus on areas where they might have done better.

To eliminate their perfectionism, perfectionists can try the GEQ (Good Enough Quality) method. To put it another way, finishing a task as something great is better than striving to achieve perfection. Perfectionists spend more time planning; hence must interrupt the pattern by setting realistic goals and giving themselves positive affirmations even for work half-done.

The soloist, often known as the “rugged individualist,” likes to work alone because they are afraid that asking for assistance may indicate inadequacy. In order to establish their self-worth, the person may refuse aid.

It may be difficult, but the problem of not asking others might be that they either haven’t discovered the appropriate persons or that they have been made to feel that way at some point in their lives. Soloists can begin by seeking a mentor or joining a support group to meet individuals from whom they could ask for assistance.

Natural geniuses pick up new talents quickly and effortlessly, but they may feel humiliated and inadequate when confronted with a difficult task. What could be beneficial for natural geniuses is if they understand that everyone must work hard to accomplish some goals. They can build a growth mentality to overcome their genius complex.

Extreme effort, as in “workaholism,” is a common reason for a superhero’s success. This can lead to burnout, which can harm one’s physical and mental health as well as interpersonal connections.

Such people are people pleasers. They put up considerable effort not only for themselves but also for others. The superheroes want to leave a lasting impression, and they aim to accomplish it by taking on more tasks.

While Imposter Syndrome is a typical occurrence for most people, it doesn’t mean that anybody has to succumb to its negative mindset. It’s important to note that our own opinions aren’t always true. Talking about anxieties and fighting negative beliefs are two ways to overcome it. It might be good to keep a record of accomplishments and celebrate victories.

Why the ‘Professor’ from Money Heist is a great leader 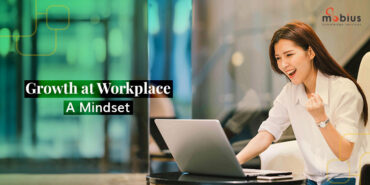 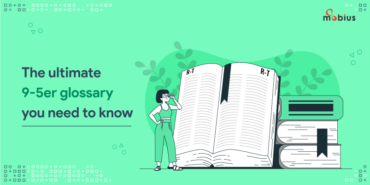 The Ultimate 9-5er Glossary you Need to Know 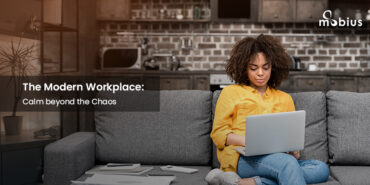